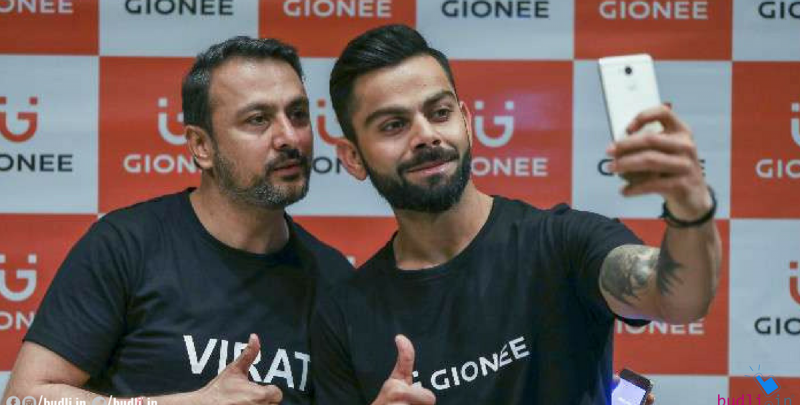 India has always been influenced a lot by cricket and cinema. We always have an eye on everything that the cricketers and movie stars do in their personal lives. This persuades manufacturers to involve these public figures to endorse their products in order to increase their sales. Do you really think that these stars use the gadgets they endorse as their personal gadgets?

In this post, let us see top 5 cricketers and their gadgets.

He has been the talk of the Nation since long, be it for his cricket achievements or his personal life. He is always up to date with fashion and also considered as a trendsetter. Coming to his gadgets-he is the brand ambassador for Gionee and has been spotted using Gionee handsets in quite a few events. He also owns a Blackberry Classic and the latest iPhone, with which he is spotted a lot these days. It is known that he enjoys playing FIFA and owns an Xbox One gaming console as well.

The captain cool is definitely an inspirational personality, cashing this the Indian mobile manufacturer Lava made him their brand ambassador. He has brought a lot of sales to the company by showing off the top handset of the company in a few events. When it comes to the personal use, he prefers to use his Blackberry smartphone. He also owns the Apple iPhone 7 Plus.

If you follow Yuvraj Singh then you are sure to know how much he enjoys playing video games, for his love of gaming he owns a PlayStation. He is also the brand ambassador of Oppo Mobiles and was seen to be using the Oppo smartphone as his personal mobile. Like all others even he owns an iPhone which is his favourite smartphone.

There is very little knowledge about the gadgets that the “god of cricket” uses because of his highly secured lifestyle but there are many rumours that he is fond of using his iPhone a lot like every other player in the team.

It has been a long time since Rahul Dravid has retired from his cricket career but we all know that the flow of money never stops just like his passion for his BlackBerry. He had been using BlackBerry for a really long time and at present, he owns the latest BlackBerry smartphone- BlackBerry KeyONE.

Everyone out there, be it cricketers or actors or even common people, everybody is fond of a particular brand or a particular device which they never want to stop using. Are you fond of a company but have an outdated version of the device and looking for a place to upgrade it? Then the only place you can find your answer is budli.in. Budli is India’s largest online store for refurbished electronic gadgets which offers you an extraordinary display of gadgets to choose from. Budli has products like smartphone, laptops, tablets, desktop, smart watches and many more. The best part of all is that it gives amazing discounts on these products so that every penny of your investment counts. Visit budli.in today!