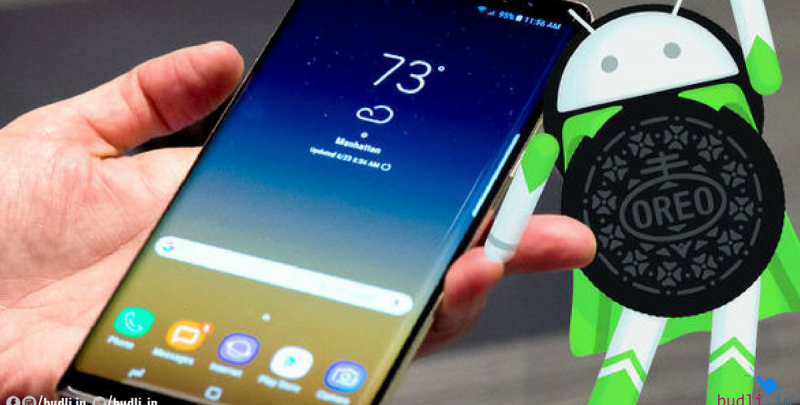 Android Oreo has a lot of features such as Background Execution Limit, Picture-in-Picture mode, a new set of emojis, Notification Channels, and Autofill feature for login credentials which are very interesting and are wanted by many. Android Oreo is also said to bring a new feature called Night Mode. Samsung smartphones are already equipped with a similar feature known as the Blue Light Filter which reduces the blue light on the screen for easier night-time use. For all the users who already own a Samsung device or are planning to own one, this post is for you. In this post, I’ll list out all the Samsung devices which are going to get an Android Oreo update soon.

Previously XDA Developers have found a couple of XML resources that shows the hardware of multiple Samsung phones. The XML files are named after the codenames of the Galaxy devices and they are expected to be tested for Android Oreo update. Samsung has recently revealed the rollout timeline of Android 8.0 Oreo update for some of its smartphones and this happened in the same week that the Android P Developer Preview 1 was released.

The models which are expected to get the update are

For all the 2017 models of Galaxy A7, Galaxy A5, Galaxy A3 the update will be rolled out from May 25, 2018. These devices were initially shipped out with Android Nougat out of the box. As for now, the company is yet to reveal information about the update for Indian users. But I do believe that it would be pretty soon.

The new updates on smartphones are always very interesting and helpful. Keeping up with new updates is much easier with new models of smartphones. But are you afraid of the price of a brand new model, then I have the best solution to get rid of it, it’s budli.in. Budli is the leading site for refurbished electronic gadgets. It has a wide range of gadgets from smartphones to laptops to smart watches and many more. It is the only place where you can find new gadgets at a much lesser price. If you wish to get your old device refurbished, even that is quite simple. You can avail amazing discounts on your purchase and make every penny count. Grab your latest gadget from budli.in.