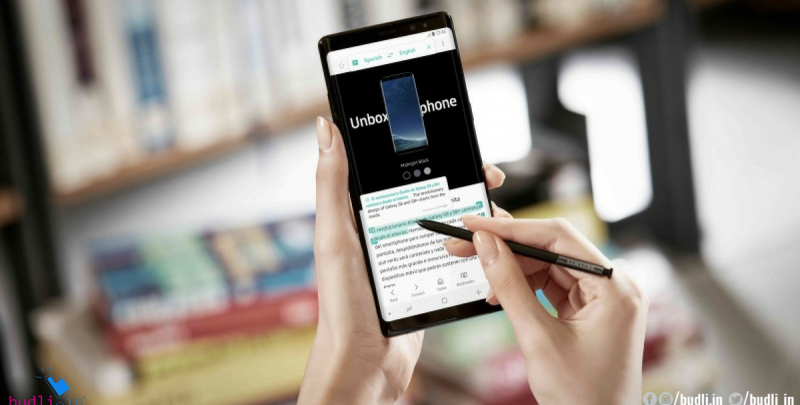 After the Samsung Galaxy Note 7 blasting due to battery issues, the company has been extra careful with the new range of devices that are coming up. The newly released Samsung Galaxy Note 8 has no reports of any such issues till recent times. But recently a few reports from users of this new device said that the users were not able to charge the devices after a complete discharge. This means that once the device was turned off due to a low battery the device is not switching on even after attempting to charge the device.

At first, Samsung did not take the issue seriously but as the number of users reporting the issue increased the company came down and decided to respond to the issue. Recently the issue was also observed by a few of the Samsung Galaxy S8 and S8+ users too, only after which the company has finally decided to respond. Although the company did not give a detailed explanation of why the issue has arisen or what they are willing to counter it this is the official statement that we got from Samsung.

“Unfortunately, we can only comment on the matter further, if we have more detailed information about the affected devices. If you have any questions about your device, please contact Samsung Customer Service.”

“Of course, Samsung is taking all reports of this kind seriously, we only received a very small number of customer inquiries that could be linked to charging management, and unfortunately we can only comment on the matter further if we have more detailed information about the affected devices”

One of the Samsung moderators “SamsungMel” in the community forum has previously responded to this issue and said, “This particular problem with the Note 8 not turning on is definitely something that we want to get addressed immediately.”

After the 2016 battery-related fire issue of the Galaxy Note 7, Samsung has recalled the entire devices in the market calling for a global recall. This ended up costing the company billions of dollars of losses. We wish that such an issue does not arise this time.

I know that the Samsung Galaxy Note 8, S8 and S8+ are some premium flagship devices that you would love to get your hands on. But considering the price point, most of the people cannot afford such heavy price tagged devices. Does that mean that you need to give up on your desire to own a powerful flagship smartphone? Hell no! There are alternatives to everything in this world and it is true in this case too. The solution to your problem is to own a refurbished smartphone.

Now if you are wondering where to find such amazing and cheap smartphones, you are in luck already. You are reading this article in one of India’s largest refurbished marketplace – Budli.in. Budli is the place where you can find yourself the best deals on refurbished products ranging from smartphones, tablets to even laptops. Check out budli.in and grab the next best smartphone now at discounted prices!!