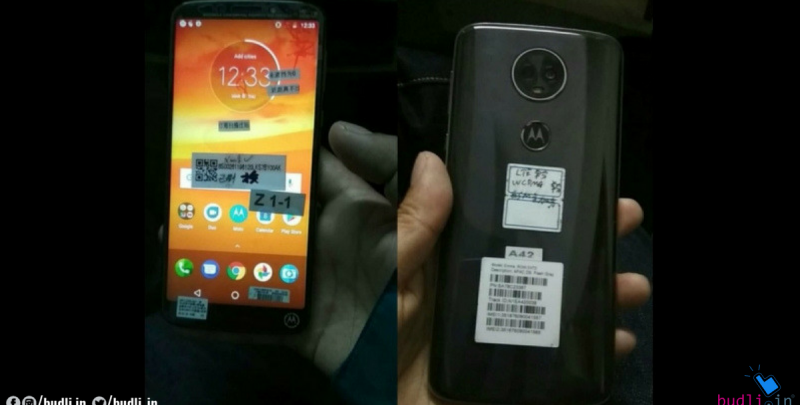 The smartphone manufacturer Motorola launched the Moto E4 plus in 2017 in India and it had been topping the list of the best budget smartphone ever since. At that instant of time, Moto E4 plus had everything that a user was looking for (in the budget). But now, times are changed, now people ask for more advanced features like bezel-less display, Battery backup etc. All of which E4 plus cannot offer, so the company has decided to launch its successor Moto E5 plus.

Recently Moto E5 Plus pictures have been surfaced online. The pictures give enough details to understand the flagship design and most of the rumors about the design are confirmed.

Now, let’s come to some conclusions after taking a look at the pictures of the Moto E5 Plus which recently leaked online.

The image shows the Moto E5 Plus sporting an aspect ratio of 18:9 display at the front, it mostly suggest to be a 5.8 inch screen with a resolution of 720 x 1440 pixels.

Talking about the battery in this awesome new device – Moto E5 Plus, the device comes with a huge battery pack with 5000 mAh capacity. That kind of a amazing power backup is not found in the recent devices in the budget segment. Also, the device is rumored to be powered by quad-core processor. The exact model of the chipset used in the device is yet to be revealed and will be updated once released.

There are a lot of areas where the upgrade is really useful so in my opinion, even if there are slight differences, the company had made efforts to overcome it by some other added advantage. This makes Moto E5 Plus a real upgrade to Moto E4 Plus. If you are looking for a place to find the best device at the best price then here it is – budli.in. Budli is the largest online store for refurbished electronic gadgets which gives you the best options from every top brand all over the world. You can easily upgrade to the device of your choice by enjoying great discounts offered at budli.in. Why spend more when you can get it for less at budli.in. Head to budli.in to bring home the gadget of your choice.