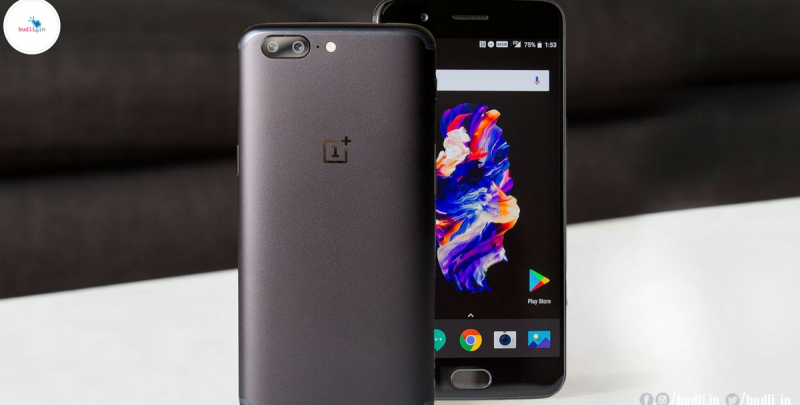 China’s giant mobile making company OnePlus has brought the successor of the OnePlus 5, it’s the all-new OnePlus 5T handset, and one thing that all the people were impressed about is the device’s Face Unlock feature. All the One plus 5T users where shocked after experiencing the immense speed of Face Unlock feature. It is faster than iPhone X Face unlock. The home screen appears in just a breakneck as you look at the device. The best part is, it is fast and worked perfectly all the time. One drawback is that the front-facing camera needs to be pointed directly at the user for Face Unlock to work. Any small deviation will prevent Face Unlock from opening the phone. But, OnePlus maybe in a big trouble for the said functionality and could even face a patent infringement lawsuit.

First reported by MySmartPrice, the Chinese phone maker might have made an unauthorized copy of at least one of SensibleVision’s patents. George Brostoff, CEO and co-founder of SensibleVision will definitely not be happy with this. SensibleVision Company works on facial recognition and biometric systems. There are claims that at least one of the company’s patents was infringed on by OnePlus’ Face Unlock. One of the patents which were used without permission, allows a phone’s screen to be used as an illuminator.

SensibleVision’s co-founder and CEO George Brostoff said: “This is nothing new. We have been doing this for years. It even appears that they may be using several patented technologies. We have not licensed our patents to OnePlus or their supplier. They are likely infringing at the very least on our illumination patent”.

The illumination patent which the OnePlus is reported to have infringed functions with a camera which is used for providing images to the facial recognition software where the display operates in a first mode for displaying images to a user and in a second mode for illuminating the user’s face for detection by the camera to unlock.

When we consider the iPhone X’s face unlock, it relies on special hardware integrated into the device whereas the OnePlus 5T does not have any special hardware for its face unlock. This is the reason that OnePlus has implemented this method. Many patent experts analyzed and suggested that OnePlus won’t have any issues in several countries because SensibleVision wouldn’t have cataloged the patent for this technology in China or India, the extrusive market for the company. But, the Chinese giant may face issues in the U.S as the patent violation is valid in that jurisdiction.

George Brostoff, CEO and co-founder of SensibleVision, did not take any legal action on OnePlus yet. He further added that the company has reached out to OnePlus through non-legal means, i.e. for a patent licensing deal and partnership. So, we cannot rule out the possibility of a patent infringement lawsuit in the future if OnePlus doesn’t comply with SensibleVision’s demands.

If you are one of them who loves the all new smartphone like the Oneplus 5 or the Oneplus 5T but cannot get your hands on it because of it price point? Then this is the right place to find a better and cheaper option to meet your smartphone requirements. Budli is the largest re-commerce platform for refurbished gadgets. We have the widest range of electronic gadgets to choose from, we have cheaper versions of the same amazing smartphone that you want but cannot afford. So, what are you waiting for?  Head over to budli.in and grab amazing discounts on your next buy before they are gone.