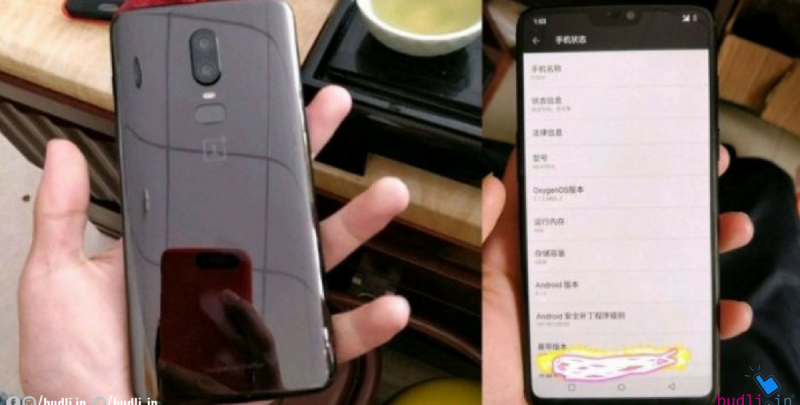 The mobile industry tends to change every now-and-then as OEMs follow what customers want. Previously, the trend was and still is increasing the screen size. Then we had a trend of devices with 1440p displays. After that, we started seeing companies actually focusing on the camera quality. Last year has seen a lot of improvements, one of the major trend was the shift of moving away from the traditional 16:9 aspect ratio in favor of making devices easier to hold. Now the trend seems to be the infamous notch that was pioneered by the Essential Phone and iPhone X. There are rumors that claim the upcoming OnePlus 6 flagship will follow this suit with a 19:9 aspect ratio.

If you paid attention to the previous Mobile World Congress, then you would know that increasing the aspect ratio had started to pick up. We now see a lot of big companies in the smartphone market focusing on this trend and also making changes in the software to accommodate the notch without any loss of certain UI elements. The new OnePlus 6 which is the successor of OnePlus 5 is rumored to sport the 19:9 aspect ratio notched display.

While previous leaks of OnePlus 6 had suggested the features in the build quality of the handset, a new report has revealed more information about this upcoming smartphone, including screenshots and benchmark scores. As we are aware of the rumor that the new device is going to sport a display with a notch, what we don’t know is that OnePlus 6 will come with the latest processor – Snapdragon 845. Additionally, the leaked screenshots show a large status bar, confirming the notch. OnePlus 6 is also expected to have a display with 19:9 aspect ratio, taller than the 18:9 panel of the OnePlus 5T. The new aspect ratio essentially compensates the space lost by the notch.

The leaked images also give us information about the AnTuTu score. The OnePlus 6 prototype with the model number A6000, scored 2,76,510, which is by far the best score. With a score that high, this model has left behind every other Android device. This all leads us to confirm that it will have the fastest processor till date, Snapdragon 845. This is no surprise as the CEO of OnePlus Pete Lau, once said that the next flagship phone from the company will be powered by the latest processor. The previous report had revealed specifications like 6GB RAM, 64GB inbuilt storage, Android 8.1 Oreo, and a vertical dual-camera setup.

Having a high-end new smartphone is what most of the people crave for. The only reason they take a back step is because of the price points of branded new models. Here is budli.in to help you bring home your choice of a gadget. Budli.in is the largest e-commerce site for refurbished electronic gadgets. At budli, it is very easy to get your old device refurbished and upgrade to the device of your choice with great discounts. Why wait when you can bring home the best device at an affordable price from budli.in.