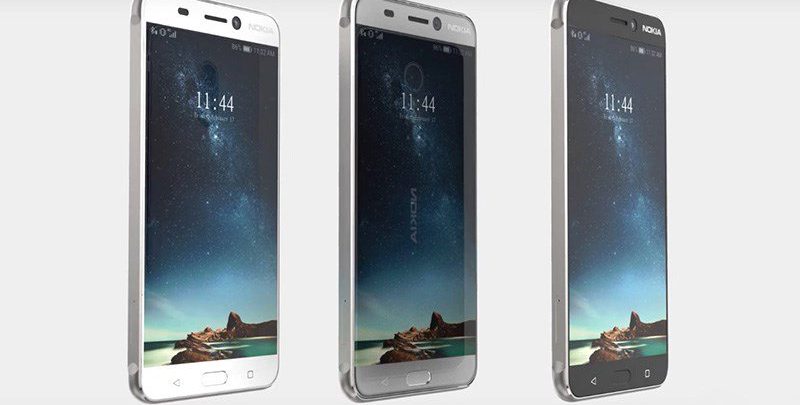 Nokia is a brand that people hated to see vanish after their fall and then being sold to Microsoft. Many people believe that Nokia’s decision to not opt for android as the operating system for their devices played a key factor in Nokia’s fall. But looks like Nokia has learned from its mistakes and is back into the market with the help of HMD Global which is the manufacturing company that is using the Nokia brand. The recent launch of Nokia 6 in china with the android operating system sold 15 million units in less than a minute. This proved that the craze for Nokia devices was not gone in the market.

The latest and the to-be flagship device – Nokia P1 is expected to be launched in MWC 2017 event later this year. Although the official unveiling is not done as of now, there are a lot of leaks from which we can determine the most of the original device. Let’s have a look.

The device is expected to be launched on 26th Feb 2017 in the WMC 2017 event. It is expected to have two storage variants – 128GB and 256GB. The 128GB variant will cost $800 (roughly Rs. 54,500) and the 256GB variant will cost $950 (roughly Rs. 64,700). The Nokia P1 is expected to have a hybrid slot which can handle two SIM cards or one SIM card and one Memory card. It is expected to have a premium metal frame finish and the camera on the device may be made of Carl Zeiss lens with 22.6 MP rear camera. YES! There is a headphone jack but not a usual port not charging and data transfer. The Nokia P1 has a USB Type-C port and the fingerprint scanner sits right below the display in the home button.

The display is expected to be 5.5-inch full-HD or QHD display and is protected by the Corning Gorilla Glass 5 on top of the display. It runs on Android 7.0 out of the box and is powered by the latest Snapdragon 835 SoC coupled with 6GB of RAM. The device is also expected to come with IP57-certification for dust and water resistance. The battery on the device is going to be a 3500 mAh one which makes the device last long with a high screen on time. We all know how good Nokia is with the battery and in optimizing the device in such a way that it gives out the maximum performance with a still optimized battery consumption, this is where most brands including the big one’s fail. That’s Nokia for you!

Are you a Nokia brand lover? Don’t have the time to wait till the launch of the Nokia 6 and P1 in India? Still want to own a Nokia device? Refurbished phones can help fill your needs! Even if you are not a fan of Nokia, these refurbished smartphones are still really good! We at budli.in have a wide range of refurbished smartphones and tablets that you can choose from and enjoy. Visit us at budli.in now and grab your next phone now!