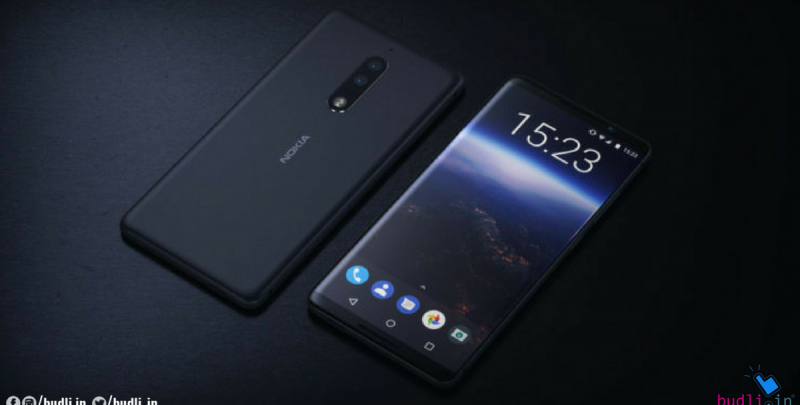 All the  Smartphone companies are ready with their new flagship coming with the best-advanced features to be in the race. Nokia is trying hard to be in the race. Last year Nokia came out with their Nokia 6 flagship which was hit and this year the company has announced to release five new handsets at Mobile World Congress 2018 in Barcelona. They planned to release budget-friendly smartphones like Nokia 1 to premium handsets like Nokia 8 Sirocco. Nokia brand licensee HMD Global is yet to unveils its most ambitious smartphone and rumours are surface out last week it could be named NOKIA 9.

The Flagship reportedly features an in-display fingerprint sensor. Phone device evolves in the direction of slimmer bezels and screens taking up almost all of the front of the device which made a demand for on-screen fingerprints. Recently there was a leak about NOKIA 9 from China by a trusted source who has been behind many leaks in the past too. The source mentioned that HMD is also trying to maximize the display area on its 2018 flagships. But the million Dollar question here is whether HMD that has so far has done great work in taking Nokia’s design legacy forward should ape an ugly trend.

As per latest reports and rumours, the NOKIA 9 comes with a dual camera setup positioned vertically. As most of the images which were leaked are of the back side and none of the images shows the front side of the handset it’s hard to guess whether handset comes with the front dual camera for selfies or not. The handset is expected to be powered by Qualcomm Snapdragon 835 SoC and with inbuilt storage of 128 GB, a 5.5 inch OLED display with curve edge to edge screen, flagship comes with a 3250mAh battery with fast charging support, and which runs on Android 8.0 Oreo.

Having a high-end new smartphone is what most of the people crave for. The only reason they take a back step is because of the price points of branded new models. Here is budli.in to help you bring home your choice of gadget. Budli.in is the largest e-commerce site for refurbished electronic gadgets. At budli, it is very easy to get your old device refurbished and upgrade to the device of your choice with great discounts. Why wait when you can bring home the best device at an affordable price from budli.in.