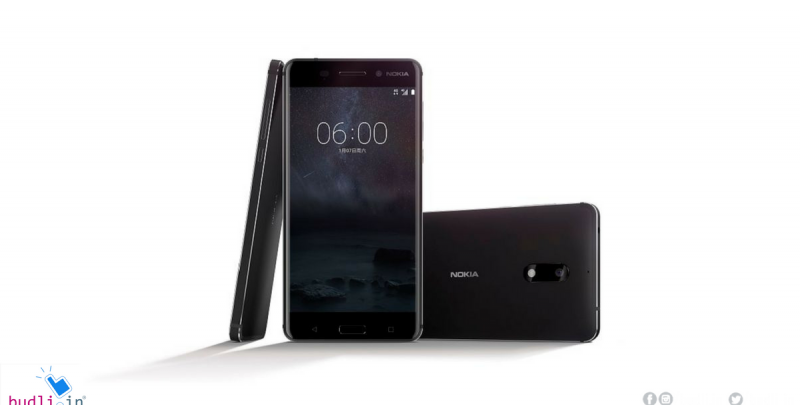 Nokia was known as the world’s largest mobile vendor until 2011 as Nokia mobiles were eventually cornered by the arrival of Android mobiles and iPhones. But last year the company came up with a number of quality devices which gained its place back on the list. Now, in this new year, we have a lot of expectations from the upcoming smartphones, we want them to be better than ever and provide us with the best experience. Nokia doesn’t want to stay back in the competition and so it is going to release it’s “Nokia 6” on January 5, 2018.

As we all already got a sneak peek through China’s TENAA, it is reported that HMD Global will launch the Nokia 6 (2018) by as early as this week. Suning, the official retail partners for Nokia phones in China released a teaser that predicts the launch of Nokia 6 than what was speculated earlier. The teaser had Nokia mobiles lined up to make the number 3, indicating the launch date. A teaser released by Chinese retailer Suning hints that the Nokia 6 is going to make a debut on January 5. In the meantime, the previous reports of TENAA listing have been updated to reveal the key specifications of the Nokia 6 ahead of its formal launch.

If we consider the information on the TENAA site, the Nokia 6 (2018) will feature a 5.5-inch TFT display with 1080×1920 pixels resolution and 16:9 aspect ratio, which contradicts to the earlier reports of 18:9 aspect ratio. The smartphone is reported to have an octa-core processor with four cores at a clock speed of 2.2GHz and the other four cores at 1.9GHz, coupled with 4GB of RAM. There are rumours that the chip would be a Qualcomm Snapdragon 630 which was earlier seen in Nokia 7. It appears that it is going to have a 16-megapixel CMOS camera sensor on the back and an 8-megapixel camera sensor on the front and a rear-facing fingerprint sensor, earlier, original Nokia 6 had a front-facing sensor. The Nokia 6 (2018) will come in two storage options – 32GB and 64GB and both will have microSD card support (up to 128GB) in a hybrid dual-SIM configuration. It is going to have a 3000mAh battery and sensors, including ambient light and gravity.

Apart from the Nokia 6 (2018), there are rumours that HMD Global is going to have the flagship Nokia 9, Nokia 8 (2018), and Nokia 3310 4G variant for early 2018. There are also reports that hint on the Finnish company developing the Nokia 4 and Nokia 7 Plus alongside its other new models.

Who doesn’t want more advancements in their smartphones, and this will be an extraordinary year for the smartphone companies as well as the users. All the major mobile manufacturers are ready with all their products and patents for this year. But to experience all the new set of features you need to upgrade your old smartphone and what better place than budli to do it. Budli is the largest online store for refurbished electronic gadgets with the best spread of gadgets to help you make a better choice. At budli, you can sell your old smartphone and get lightening deals on the latest smartphones. Go grab the latest smartphone from budli.in.