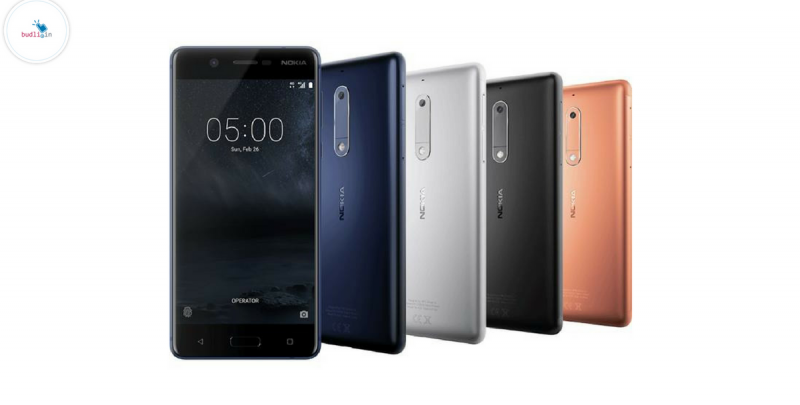 Currently priced at Rs 12,899 this latest mid range device from Nokia is all set to take over the Indian smartphone market. For a price which is so competitive and with a brand like Nokia which still has a loyal fan base in India. No doubt this device can break some records.

A set of Nokia devices, Nokia 3, 5, 6 were revealed in WMC and were later put on a flash sale in China which broke amazing records. The devices went out of stock in just seconds after the sale had begun. Finally the Nokia 5 is all set to make its grand entry in India.

The pre-bookings for Nokia 5 have begun in exclusive stores in major cities as mentioned by HMD Global. The cities in which Nokia 5 can be pre-registered are – Delhi NCR, Mumbai, Bengaluru, Chennai, Chandigarh, Jaipur, Kolkata, Lucknow, Indore, Hyderabad, Pune, Ahmedabad, and Calicut.

Talking about the features of Nokia 5 – It comes with a 5.2 inch 1280×720 pixels resolution display, a octa-core Qualcomm Snapdragon 430 SoC processor, 16GB internal storage, 2GB RAM, 8MP front camera, 13MP rear camera, 3000 mAh battery and runs on Android 7.1.1. This smartphone also supports fingerprint scanner which is mounted on the home button. The memory on this device is expandable via MicroSD card up to 128GB.

The device will be available in three colors – Tempered Blue, Matte Black, Silver.

The best thing about this device is its built quality, the design and the material used are extremely good. The body is made out of “seamless aluminium 6000 series” and the smooth edges make it easy to hold on to for longer time.

Nokia is also coming up with launch offers for its Nokia 5 launch in India. The buyers will receive Vodafone’s 4GB extra data per month with a 1GB recharge of Rs. 142 (prices may vary from circle to circle). The offer is valid for 3 months or 3 recharges (whichever comes first), users will get 5GB data at the price of 1GB. That’s not it! The customers will also get Rs 2,500 off from MakeMyTrip.com – the offer will be split on Rs 1,800 off on hotels bookings and Rs 700 off on domestic flights bookings.

Don’t have such a budget to buy such a smartphone? Don’t you worry! We have a solution for you. There are many devices that are released recently and are as good as the ones that are releasing now just with a few newly added features. So why not buy a refurbished mobile?

We, budli.in are one of the largest marketplace for refurbished gadgets in India. Visit Budli.in and check out our huge inventory of products and get the best smartphone deal for yourself.