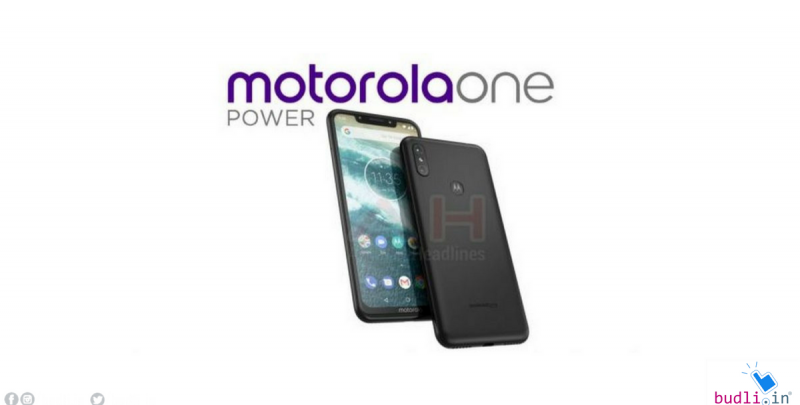 Lenovo’s Motorola 2018 product announcement is around the corner and it’s no surprise why the Motorola One is trending on the internet. Recently Motorola has released their MotoZ3 Play. But the latest leak is much more interesting than any other. The latest leak of the Motorola One Power reveals the Smartphone specification, notch display, and Snapdragon 636 chipset. This flagship Motorola One Power is the second Andriod One phone from Motorola and the first smartphone is Moto X4 which is launched last year.

let’s roll out all specification of the smartphone.

From the leaked screenshot, Motorola One Power comes in a 6.2-inch full-HD+ (1080×2280 pixels) display with an aspect ratio of 19:9 and powered by the latest Qualcomm Snapdragon 636 SoC. The smartphone comes with onboard 4GB RAM and 64GB inbuilt storage. It will run on Andriod 8.1 Oreo out of the box. There is no leak on the pricing of the flagship.

The leaked images showed the smartphone has a notch like iPhone X and a slight chin at the bottom. Motorola One Power is powered by Qualcomm Snapdragon 636 SoC. This Chip has a 14-bit Spectral 160 ISP which support capture of image up to 24 megapixels with zero shutter lag and offers smooth zoom, fast autofocus and true-to-life colours for improved image quality. The Kyro 260 CPU has higher performance rate than Snapdragon 630. It has Qualcomm Adreno 509 GPU. X12 LTE Modem has 2X faster downlink speed than the prior generation, this X12 modem is designed to download any file with great speed. Advanced photography and enhanced gaming are supported, Snapdragon 636 improves long battery life and fast LTE speeds for top-tier smartphones and tablet.

We might see a whole new series of smartphones in the future. As of now we just assume this to be true but to really know how the device is going to turn out, we will have to wait. Every three months we find a new smartphone is released. At such a fast pace do you think that the smartphone you bought a year ago is still the latest phone? Obviously no! So do you ever feel like having the latest mobile but don’t know what to do with the old one? Here is budli.in for you to solve your problems. Budli is the leading refurbished gadget site in India. At budli it is very simple to get your old device refurbished and get upgraded to a brand new device. Budli happens to be the best because of its variety of products and the quality of the products. You can be carefree about your budget as well as Budli offer many discounts for you. Get rid of your old device and get your hands on the latest one with budli.in.