Home » News from Budli » MIUI 9.5 is Heading to These 30 Xiaomi Smartphones 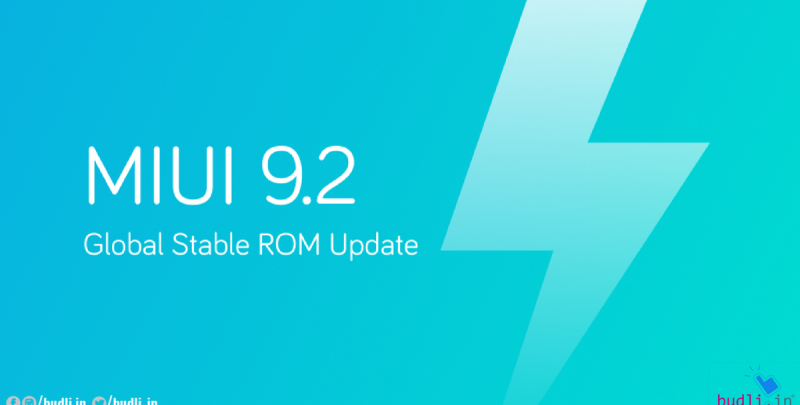 Xiaomi is the market leader when it comes to talking about mid-range Android devices. Xiaomi phones have a wide range of powerful specifications that make the phone super smooth to operate and get the most out of it. But that is what every smartphone manufacturing company does right? No! Xiaomi offers products at a cost which is much lower than the cost of offered by other companies.  Xiaomi launched the Redmi note 4 in 2017 in India and it had been topping the list of the best budget smartphone ever since. Recently Xiaomi has launched its successor Redmi Note 5. If you would like to know more about this smartphone, do take a look at my previous posts which contains a detailed description of the device. To improve the devices’ performance Xiaomi has now released an update and in this post, I’ll list all the mobiles which are going to get that update.

Recently Xiaomi has announced its latest MIUI 9.5 Global Stable ROM for most of its smartphones in the Redmi, Mi MIX, and Mi Max series. Xiaomi also announced to make MIUI 9.5 available to 30 other smartphones via over-the-air (OTA) method. MIUI 9.5 is based on top of Android 7.0 Nougat.

In a post on the MIUI Forum, Xiaomi acknowledged the global rollout of MIUI 9.5 stable ROM for the Redmi Note 3 Special Edition, Redmi Note 3 (Qualcomm SoC), Redmi Note 4 (Qualcomm SoC)/ Redmi Note 4X, Mi Max, and Mi Max Prime. The update is said to gradually roll out to other eligible handsets via OTA. Phones such as Redmi 3S, Redmi 4A, Redmi 4 Prime, and Redmi Note 4 (MediaTek SoC) are estimated to be updated to MIUI 9.5 by the end of this month (March 2018).

If you want to own the latest device and are fed up searching for the right place, then I’m about to tell you about budli.in. Budli is the largest online retailer of refurbished electronic gadgets. Budli has a wide range of gadgets to offer from all the leading brands in the world. Upgrading to a new device can never get better and easier than this. At budli, we offer you great deals on your old devices and provide you with amazing discounts which will be hard to turn down. Get your old device refurbished and upgrade to the latest handset right away.