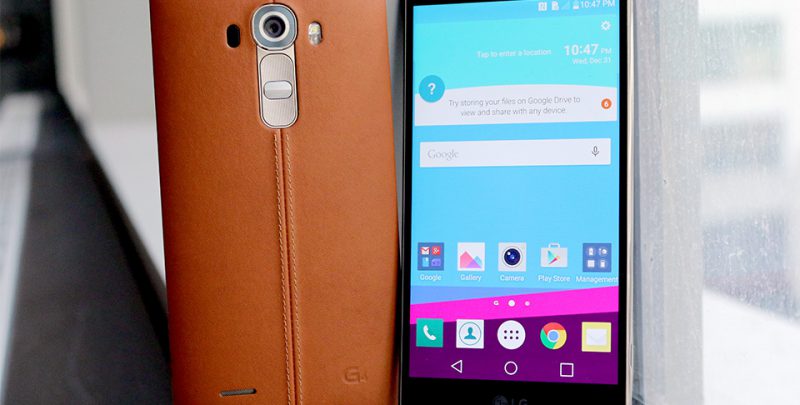 LG G4 and V10, Android Nougat 7.0 coming soon: Looks like LG is not like all the other smartphone giants that just forget about the older flagships as soon as the new one is introduced into the market. The LG G6 was revealed at the Mobile World Congress 2017 recently and has managed to receive a huge number of positive comments for it. Also, the company launched the next version of its V series devices – V20. Both the devices roared at the event. The LG G6 has been applauded for its amazing 4K display and a lot of other ‘first ever’ features packed in the device.

With all of this going good and the company taking fast steps to the release of these devices, it did not forget about the predecessors – the LG G4 and V10 devices. These devices played a major role in the company sales in the previous year. And it looks like keeping those device users happy is also a major priority for the company. As a result, LG has finally decided to give them an update. This is not just some small UI update. This is an update to the next version of Android – Nougat 7.0. According to Yonhap news agency report, G4 is expected to get Android Nougat OS update in the second half of this year, G4 could get it in the third quarter.

However, there is a small catch here. This update will roll out to the devices which were sold in the South Korea region. The details regarding the global update are not yet confirmed but are expected to come out later this year of 2017, this includes India as well.

The LG G4 was released in 2015 and has received two major updates in the past. The device is currently running on Android Marshmellow 6.0.  The LG V10 which was released in the late months 2016 also received two major updates as well and is currently running on the OS – Android Marshmellow 6.0. After which LG officially announced that they have stopped the support for these two devices. But now it looks like the company is going back on their words for good.

Although there are not many changes in the Android 6 and Android 7 versions, the only thing that you can see a difference in is the notifications tab. Android 6.0 uses the standard notification mode but, Android 7.0 Nougat allows you to modify notifications and opens up app for you. Other than that you only find minor battery optimisations and a new Emergency Info tab in the setting section of the device.

We at budli.in are a leading refurbished goods marketplace in India, we have a huge inventory of products ranging from smartphones to laptops. Head over to budli.in and check out the products and grab them before there are long gone.