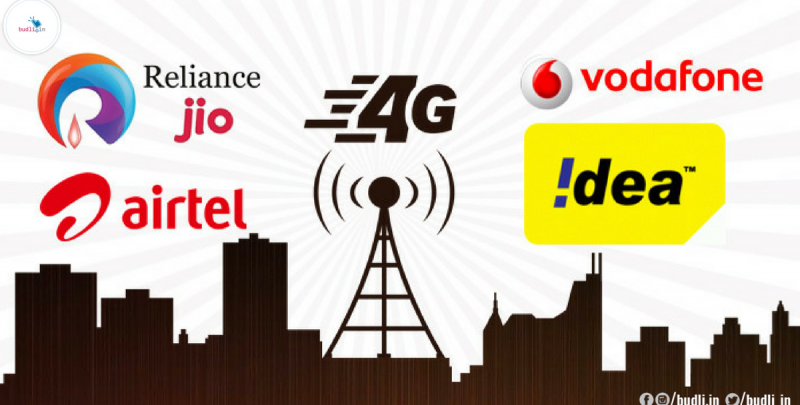 We know the speed of 4G has gone down but the demand for more data is increasing rapidly. This is making telecom operators come up with new packs and plans which have more data quota at much cheaper rates than existing ones. The leading telecom operators like Bharti Airtel, Reliance Jio, and Idea lately brought their compelling options to offer 1GB of 4G data on a daily basis. But as people are hungry for more and more data, the telecom companies are now offering 2GB data per day.

In this post, I will list the plans of Jio, Airtel, and Idea, so that you choose the best one for yourself.

Reliance Jio led by MukeshAmbani is the newest entry in the race and most importantly the most disruptive one. This operator entered the Indian telecom sector in September last year has assembled over 160 million subscribers. Moreover, it is claimed to lead 4G availability race as it has been offering its LTE signals 91.6 percent of the time. Now I’ll tell about all the available options Reliance Jio is offering for 2GB of 4G data per day.

There are two packs in the prepaid section for 2GB of 4G data per day. The first one is for Rs. 299 pack that offers 4G data (high-speed limit of 2GB per day followed by unlimited usage at 64 Kbps), unlimited local, STD, and roaming calls to and from all national operations, unlimited SMS messages, and access to Jio apps. It comes with a validity of 28 days. The same benefits can be availed for 49 days by recharging for Rs. 509.

As for the postpaid connection, there is only one plan for Rs. 509, which is same as the prepaid offer.

Bharti Airtel is the oldest player which caters to millions of subscribers in the country. Airtel was ranked on top of the fastest 4G speeds rankings. India’s largest telecom operator Airtel has come up with a new plan for its prepaid customers. In this plan, Airtel offers 2GB of 4G data along with unlimited free calling to its users and 100 SMS per day for 28 days just for Rs.349.

Apart from the above telecom companies, there is another entrant in the race, the Idea Cellular. Idea has brought the 2GB of 4G data per day plan for its prepaid users for Rs. 357, which includes unlimited local, STD, and roaming calls as well as daily 100 local and national SMS with a validity of 28 days. The same plan can be extended to 70 days by purchasing the Rs. 897 pack.

These are the best plans for 2GB of 4G data per day and to experience these kinds of high-speed data you need an equally good smartphone. But by that I am not asking you to burn your hard earned money on an expensive Smartphone. There are some smart alternatives. The only place to go if you’re searching for a better Smartphone is budli.in. Here at budli, you can sell your old smartphone and get a new one which is better than your old mobile at a much lesser price. Budli has a wide range of products to choose from and it is the leading online marketplace for refurbished goods. So hurry and grab your smartphone at attractive discounts only at budli.in.