Home » Uncategorized » is Microsoft hinting on the release of “Surface Phone” ? 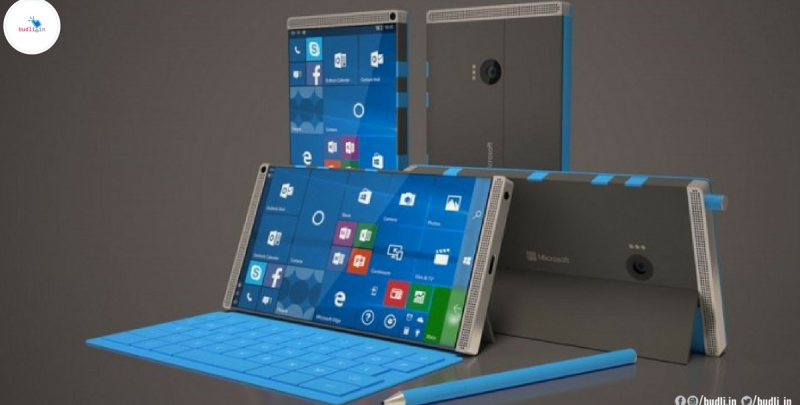 Microsoft “Surface Phone” is more than a PHONE

Microsoft surface phone is the much-awaited mobile, especially all the Microsoft fans are desperately waiting for it.

Microsoft is not a better player in the mobile market. Unfortunately, the Surface Phone will probably be the last roll of the dice for Microsoft. Despite Microsoft Company making much of Windows 10 Mobile, the Lumia 950 and Lumia 950 XL weren’t able to give a tough game. Now, Microsoft needs to launch a perfect phone that can convert already invested iOS and Android users to Windows.

The Surface team has done a mind-blowing job in computing industry with the Surface book, Surface studio, and Surface Pro and gave a distress to Apple. Can same surface phone do in the mobile market? In this post, we got a lot more details for you.

Microsoft has finally moved to close their Lumia brand formerly Nokia in December 2016. It’s not clear whether that’s happened just yet, but the surface phone is not far away. Microsoft didn’t give any information about surface phone in CES 2017 trade show release. But, the interesting thing is that Microsoft has registered their surface phone domain, Microsoft did this only to avoid other competitors from using the same domain name. The CEO of Microsoft Satya Nadella raised all the hopes when he told the Australia Financial Review that Microsoft is working on the “ultimate mobile device”, admitting that the company “missed the mobile boom” neither did he confirm the news of launching the Surface Phone nor did he smash all the rumors. This gives us a hint that the company is thinking over the launch.

Nadella also explained in the interview that Microsoft is sure to stay in the phone market not as defined by today’s market leaders but by contributing to the market with unique and most ultimate mobile device.

And now, one of the most persistent rumors about the so-called Surface Phone is that the smartphone would include a hinge, enabling owners to increase the size of the display by folding opening the device and increasing productivity. According to a reliable Windows tipster, known as WalkingCat online, the Whiteboard app includes references to “Journal; app’ left and right page references.” this gives us clear view that Microsoft is working on code which has left and right interface. Nobody knows what is going on right now in Microsoft, but this time it seems like they are not giving up at any cost.

There is good news in the house for all those who are looking forward to buying a smartphone in the near future, just log in to budli.in. Budli.in is India’s leading marketplace for refurbished products. Buying products from budli.in are the best option you have if you are looking for quality at an affordable price. We at budli sell refurbished products at relatively lower prices with the same quality as a new one. It is a one-stop destination for purchasing all refurbished electronics from cameras to smartphones to laptops and desktops.