Home » How to » How to use incognito mode in YouTube 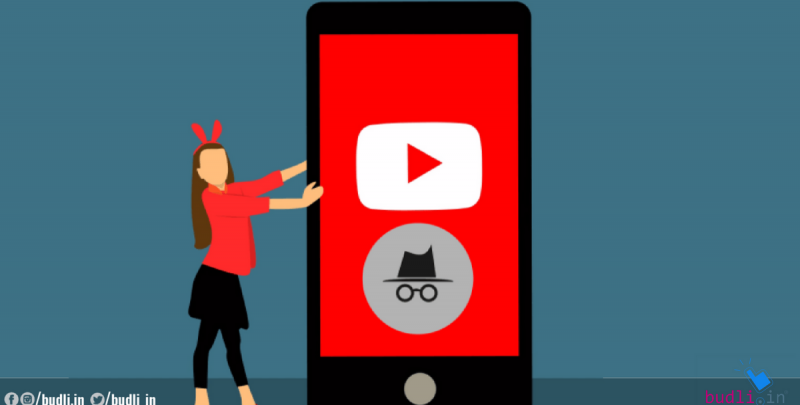 YouTube is undoubtedly the most browsed website for video content. Millions and millions of users are active in YouTube every single day and this is because of its ease of browsing specified content. YouTube has got almost similar settings like that of our Google account. But there is one feature that was never introduced on YouTube until recently – the incognito mode. In chrome, most people use “incognito mode” to safeguard their privacy. Now that YouTube has finally announced the incognito mode, it will be easier for users to protect their privacy. This feature is currently introduced only in YouTube Android app and we do not have any clue about it rolling to the iOS devices.

YouTube generally shows recommended videos based on the users’ search history, however sometimes we don’t want some videos which we watched to be seen in the history and we would definitely not want any similar content to be seen. Here comes the time to use the “incognito mode” in YouTube. In this post, I’ll tell you how the incognito mode can be activated in YouTube.

The incognito mode is available only for the Android smartphone users till now. Information about this feature being introduced to iOS devices like iPhones and iPads is still not known. However, there is a similar feature that Google has added to iOS devices that enable users to restrict history tracking on its Gboard and Google apps.

Now let us see what we need to activate the incognito mode in YouTube. We definitely need an Android smartphone having the latest version of YouTube installed in it if you don’t have YouTube installed then you can simply go to the play store and find YouTube and install it. The second important thing you need is internet connectivity (obviously without which you can’t browse).

If you do not have the latest version of YouTube then I recommend you to update it because the incognito feature cannot be activated otherwise. After you have the updated YouTube app, simply open the app or the shortcut that you created. On the top right corner you will find the avatar icon, click on it and go to the accounts section and there you will find ‘Turn on Incognito’. Go ahead and tap it and you will see a black bar on the bottom of the screen with text saying ‘You’re Incognito’. The avatar icon also changes to the black incognito symbol. Now you are incognito and can browse anything without the worry of it popping in your history.

The most important thing about this is an updated smartphone. I won’t suggest you go buy the expensive smartphones which you find in the market but would suggest you make the smart decision by purchasing the same device at a lower price by selecting a refurbished device. The best place to find quality refurbished devices is budli.in. Budli is the home to refurbished electronic gadgets and it has a massive collection of different kinds of devices like smartphone, smartwatches, laptops and counting. You can avail amazing discounts when you shop from budli.in. Why wait, bring home your choice of a device only from budli.in.