Home » News from Budli » Google’s Android P: What Can You Expect? 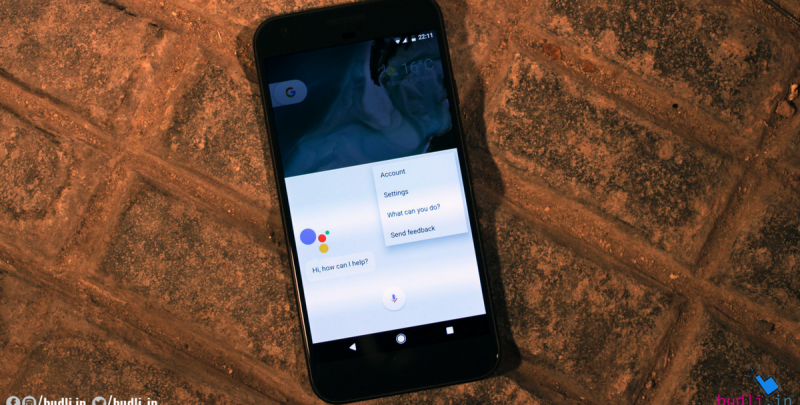 Google has been working to bring a new generation of smartphones with its upcoming overhaul of the software. It is said that the company is trying to mimic Apple’s controversial new ‘notch’ at the top of iPhone X. The next Android update is due later in the year and you will witness more tightly integrated Google Assistant. The update is also expected to improve the battery life of the smartphones and support new designs like multiple screens and foldable displays etc.

The most important point of this year’s Google update for the mobile operating system is to push more and more iPhone users to switch to Android smartphones. This would be done by improving the software. All other details regarding the update are still kept a secret.

The Android mainly dominates the middle and lower end of the international smartphone market whereas Apple takes over much of the higher end where the users spend more on the apps and services. Accepting the notch may help change this. The design will mean more new Android phones with cut-outs at the top of their screens to fit cameras and other sensors. This will in-turn support new features and help Android device manufacturers keep up with Apple Technology.

Google has control over the Android software whereas other companies control the manufacturing part of the devices. These partners can also improve the software to their specific needs, so not all Android phones will have notches.

Building notch capabilities into Android suggests Google expects the iPhone X look to catch on more broadly. Currently, a smartphone from Essential is the only other major handset on the market with this feature. A Chinese company is also working on the same model.

The operating system update will focus on Google’s Assistant, a digital helper that competes with Apple’s Siri and Amazon’s Alexa. The Google’s voice-based technology will be integrated into the apps as well. There are reports that search bar will be integrated on the home screen with its assistant. The dramatic redesign will be a contrast this year to the iPhone’s operating system, which will lack a clear outward-facing upgrade in favor of system improvements for performance and reliability.

Every year, the new Android version is named after a dessert. At present, Google is calling the latest one Pistachio Ice Cream, but it is yet to be confirmed. With the improvements in the operating system, it is also necessary for the users to have the best performing device to accommodate the features. If you are a user who doesn’t want to spend a lot on the new gadgets but want to own them, then I have the perfect answer – budli.in. Budli is the only place where you can trust to be delivered with the finest product but with a nominal price. It is the largest e-commerce site for all refurbished electronic gadgets with a wide range of products to choose from. Upgrading to a new device has never been so easy until budli came up. Hurry and experience the joy of owning a new device at relatively lower cost at budli.in.