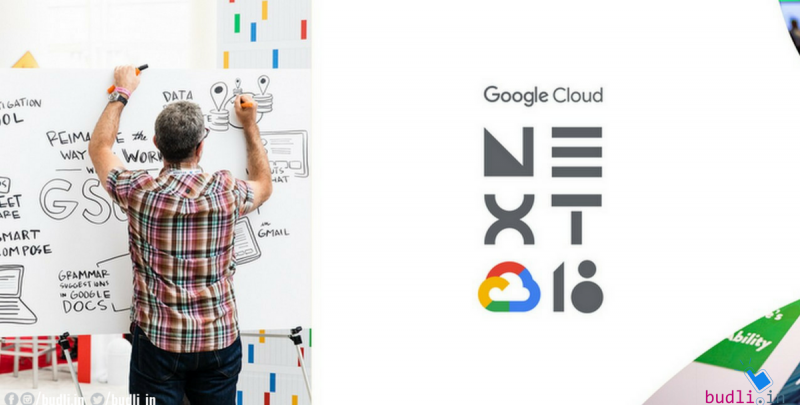 Recently Google has started hosting their Google Cloud Next 2018 conference in San Francisco. Technologies, tools, Partnerships several other announcements are going through there. Google has announced that they touched upon several key themes. Google Cloud service Drive is now going in the elite team of Gmail, Chrome, Maps, Youtube, Andriod, and Play store with 1 billion users to its portfolio.

Google has unveiled their new Gmail material theme update at Cloud Next 2018. In this design, the Gmail app will receive desktop features like quick attachments in Inbox view. There are not many updates for the mobile app version when compared to the web version.

Gmail app for Android version will get a White theme and background. Red accents are no longer present in Gmail. Profile avatar and navigation drawer come with a new full-width search bar. Inbox view list images, files and other attachments are updated in an Android version which is similar to the Web version. New Density option in the latest update helps us to decide the details visibility on the screen. “Additional advanced features will arrive for Gmail Web version”, said by Google.

Google Drive which recently joined in the elite team with 1 billion users has some upcoming features for their flagship file storage service. The tech giant was working on a new  “Priority” view that features a Feed, as well as user-curated Workspaces. Google another service G Suite service has announced updates during Google Cloud Next 2018 summit in San Francisco. G Suite added Google Voice support, third-party integration in cloud search, and a new Drive Enterprise app. Beta version of Google Voice is now available for enterprise users and it is integrated with other G Suite apps like Hangout Meet and Google Calendar and spam filtering.  Enterprise user who wants to use the beta version of Google voice needs to sign up for the Early Adopter Program

“People increasingly want access to their business-critical apps on the devices that make the most sense for how they work,” writes Jennifer Lin, a product management director at Google Cloud. “However, traditional access management solutions often put security at odds with flexibility by imposing one-size-fits-all, coarse-grained controls that limit users.”

Every three months we find a new smartphone is released. At such a fast pace do you think that the smartphone you bought a year ago is still the latest phone? Obviously no! So do you ever feel like having the latest mobile but don’t know what to do with the old one? Here you have budli.in to solve your problems. Budli is the leading refurbished gadget site in India. At budli, it is very simple to get your old device refurbished and get upgraded to a brand new device. Budli happens to be the best because of its variety of products and the quality of the products. You can be carefree about your budget as well as Budli offer many discounts for you. Get rid of your old device and get your hands on the latest one with budli.in.