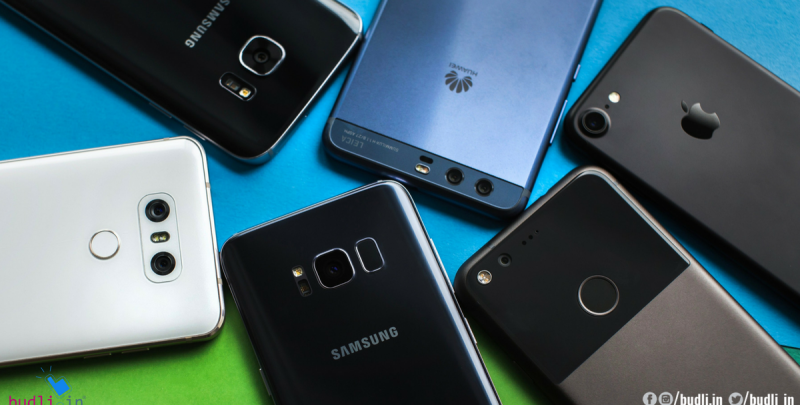 Smartphones are getting better every year, but in 2017 lot of phones with impressive features were released. Picking the best phone has never been much of a challenge — most of the time there’s a phone that stands out from the pack in all the areas that matter: performance, value, camera, and support. But in 2017, depending on who you ask, you would have got as many as four different answers for what’s the best phone to buy. And depending on what kind of phone user you are, any one of them could be the ideal phone for you. We’ve put together a list of Best smartphones of 2017 to help you figure out which phone best suits all your needs.

iPhone X is definitely the best all-rounder smartphone which you can own especially for its real eye-catching screen. It comes in space grey and silver color variants of 64GB or 256GB models. For maximum screen utilization, the screen runs right up to the edges erasing basically any bezels and everything which was earlier right next to the front speaker used for making calls and most importantly the home button was also removed. And we cannot forget Apple’s face unlock the iPhone X. The features keep going that is why it is the best all-rounder smartphone of 2017.

iPhone 8 is the best iOS smartphone you can purchase with its glass body front and back and with a 4.7-inch screen. The LCD screen sports Apple’s insanely crisp Retina Display tech with 1334 x 750 pixels and True Tone wide color set on the display with 3D touch technology, dual-domain pixels for wide viewing angles and the brightest screen ever. iPhone 8 had to make it to the list of best smartphones of 2017 with all its unmatched features.

Google Pixel 2 is another all-rounder which has a metal design unibody that underscores its water-resistance, and a Snapdragon 835 processor. The best part is it gives up to seven hours of use on just a 15-minute charge which is mind-blowing. It has a five-inch AMOLED screen has a resolution of 1920 x 1080. Its packed with a lot of features, making it up to this list.

Samsung Galaxy Note 8 can be called the best Android smartphone of the year with a quad HD+ Super AMOLED display with a resolution of 2960 x 1440 and 521 pixels per inch. Even this smartphone utilizes the maximum of its screen space. It can shoot video in full 4K at up to 30fps, offers image stabilization and even gives you the ability to film stunning hyper-lapse videos. Then there’s the S pen, the most controversial addition to Galaxy Note models of the past. But this definitely is one of the best devices in all terms.

The Samsung Galaxy S8 cannot be compared with any of the company’s previous models as this definitely stands out as the best of all. The screen utilization is amazing and it comes with the latest version of Android and has an octa-core processor, making it the best smartphone of 2017.

LG V30 comes with a six-inch Quad HD OLED FullVision Display that astonishes the eye with 2880 x 1440 resolution. The display also has HDR10 support for the ideal level of brightness and crispness on picture and video. There are four 2.45 GHz Snapdragon processors and 4GB of RAM, so the run speeds are pretty amazing.

These were a few models which topped the charts last year. And I’m pretty sure they still make up to an amazing buy for this year too. This article would definitely help you buy the best smartphone and if you are a little low on your budget but want the best device then the answer to your search is budli.in. Budli has the largest inventory of refurbished electronic products from which you can choose the best one for yourself and the best part of all is that budli gives amazing discounts on electronic gadgets which will not weigh heavy on your pocket.