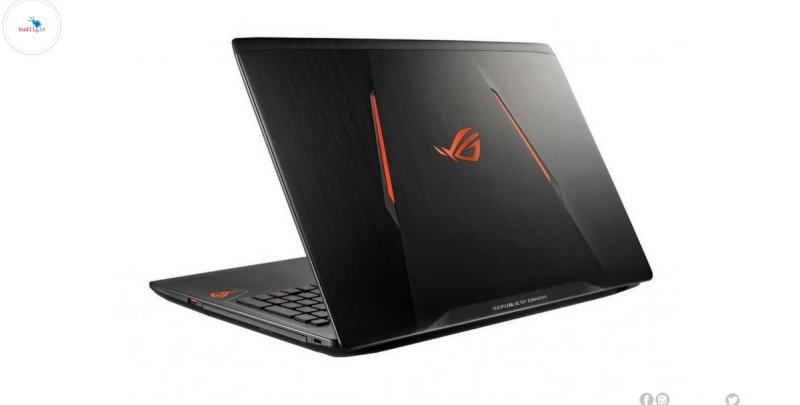 The Gaming Industry in India has grown rapidly over the last few years, in turn increasing the demand for serious gaming laptops. Gaming laptops are designed with powerful components, colourful designs, and premium prices, gaming laptops are a different beast than typical mainstream notebooks.

ASUS has always aimed to put an ever-greater emphasis on PC gaming since its establishment. This process resulted in 2006 as the Republic of Gamers brand (ROG), formed for the sole purpose of delivering the most innovative hardcore hardware for truly dedicated gamers.

Recently, ASUS had launched their premium ROG (Republic of Gamers) series of laptops in India and now they are back with a bit extra for beginners. ROG series ranges start from Rs 92,000. The company has come up with Asus ROG Strix Hero laptops, ROG Strix SCAR, ROG Strix GL503 and Asus Gaming FX503. These gaming laptops are not only designed esthetics but are also a delight for the users as it promises great performance and gaming experience.

They mainly launched two series of ROG gaming laptops by Asus. It’s Strix Hero and Strix Scar edition of the same laptop are priced at Rs 1,04,990 and Rs 1,54,990 respectively. Asus also launched the Gaming FX503 laptop, which will be available at a starting price of Rs 69,990. The laptops are available via online and offline retailers from December 20. Gaming and E-sports have been increased tremendously in India over last few years.so, the company has come up with powerful machines for gaming and giving great experience for gamers.

Specifications and features of Asus ROG Strix Hero Laptops: the device comes with a desktop type keyboard with fast actuating keys and N-key rollover. This hero laptop will run on Intel Core i7 processor. It has NVIDIA GeForce GTX 10 series graphics cards and powered by Windows 10 OS and this laptop features a display of 120Hz wide-view IPS with 49-inch curved monitor for the best gaming experience. Whereas ROG Strix SCAR edition sports an NVIDIA GeForce GTX 1070 series graphics card and we can expect some serious smooth graphics at 1080p and 4K on top-of-the-line-games such as Hitman which runs on Intel Core i7 processor.

Arnold Su, Asus National Business Development Manager, PC & Gaming stated, “Esports is gaining tremendous popularity in the country especially game titles like Dota2 and Counter-Strike. The number of gamers switching from casual gaming to professional is increasing every year at an exponential level. This series delights not only those who care about performance but also those who demand great aesthetics thus enabling Esports contenders to gain the winning edge in their fierce competition.”

Don’t you think that you should own such an amazing invention? But is that price stopping you from taking a step ahead? Well, then I might have the perfect solution for this problem- budli.in. Yes, budli.in is the largest online store for refurbished gadgets, not only ASUS but you we have a wide range of brands and their gadgets to choose from. The best part is that you will be given amazing discounts on all the gadgets available on budli. So why regret on not buying it, just visit budli.in.