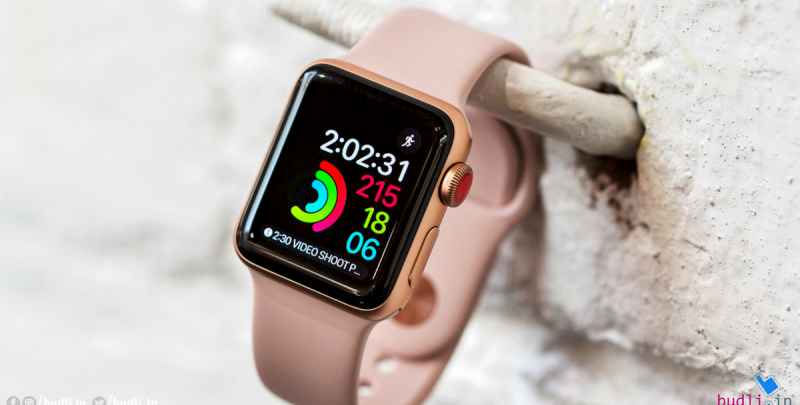 The smartwatch manufactured by Apple is in its third restatement. The first two have done a great and the third one is doing great as well. This third version is much better than the previous versions in various ways. This Apple watch 3 has been considered to be the best smartwatch to own and since its release in 2017, it has been smashing all of its competitors.

In this post, let us see why Apple Watch 3 is considered to be the best.

The biggest advantage of the series 3 is the ability to activate LTE connection. This means you will have much more freedom from your paired iPhone by connecting it wherever the network is available. The best part is that the Apple Watch 3 will be sharing your iPhone’s number and get rid of the problem faced in previous smartwatches that are LTE enabled where you had to use multiple numbers. The performance of the Series 3 is improved and they introduced the new S3 dual-core processor which processes up to 70% faster than the previous generations. It also includes the W2 wireless chip so that the Wi-Fi and Bluetooth connectivity is improved.

It’s the first time that Apple has included an altimeter in a smartwatch which gives you elevation data during your workouts. As usual, the Apple watch 3 is enabled with a built-in GPS and is also water resistant to a limit of 50 meters. In the other LTE enabled smartwatches, the LTE antenna is placed inside the strap joint which often leads to the users complaining about the watch being uncomfortable. This is not an issue with the Series 3 watch as the antenna is behind the screen and the device’s thickness is negligibly increased, which anyway has no serious effect. The Series 3 also includes an eSIM, which is much smaller than a normal Nano SIM and you won’t be able to swap it out.

There are many other improved features like the battery of the watch, unlike with the previous versions you can risk taking this Apple Watch 3 for a two-day trip without worrying about carrying a charger. Even if you use your series 3 watch during your morning walk while playing music (about 45 mins), the watch only consumes 10% of the battery.

The Apple Watch 3 has been rated as the best smartwatch to own for not only the reasons mentioned above but also for the better display, durability etc. If you desire to own one of the Apple smartwatches but think that you will eventually end up emptying your wallet, then I have some great news for you. You should check out budli.in, which is the biggest online store for refurbished electronic gadgets. Refurbishing means the product will be tested and all the existing flaws will be removed and it is going to be certified by the company to deliver the best in class product to the customers. Budli offers a wide range of gadgets to choose from and also gives amazing discounts which you cannot afford to miss. Visit budli.in and bring home your favourite gadget.