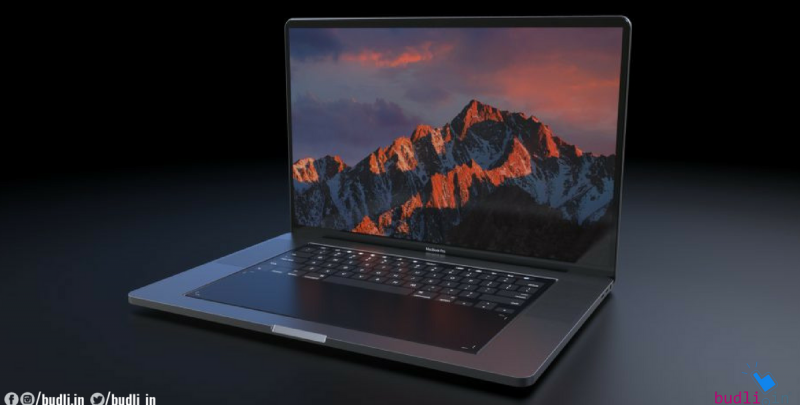 All the Apple fans around the world are eagerly waiting for the fourth quarter of the year, as Apple is said to release its new MacBook Pro. This year’s MacBook Air, which is yet to release is reported to be the most cost-efficient MacBook Air ever. We have evidence that Apple is prepping to release its all-new MacBook Pro with a new appearance as it was seen surfacing the Geekbench benchmark test. As per the listing which surfaced, the model is MacBook 15, 2 and it is said to be powered by the Intel Core i7-8559U Coffee Lake CPU and runs up to 28W.

The single core score on the listing was 4448 and the multi-core score was 16607. The CPU has not been shipped to any device yet so we can assume it to be the latest update by the company’s MacBook production line. The device will be sporting a quad-core chipset CPU with a base frequency of 2.7 GHz and turbo boost up to 4.5 GHz. As everybody expects the new device will be seen physically at the end of the year and this time it is going to be a low-cost MacBook Air as well which will have a 13-inch retina display.

The new MacBook is due at the end of this year but we have heard very little about it as of now, we can expect much more detailed report once we have our sources strong. If at all we consider the Geekbench listing and scores to be authentic then we can expect a solid CPU upgrade and according to Intel specifications, this model comes with 8 MB L3 cache and Iris Plus integrated graphics. These reveals suggest that Apple is not making any changes regarding LPDDR3 RAM and this means that there will not be an update to the 32GB RAM option. The benchmark reveals only a 16GB onboard RAM.

The MacBook will run on macOS 10.13.6 which is currently available only to the developers. The benchmark reveals that macOS 10.13.6 build 17G2110, which is around the same build number as the beta 5 released to developers the day before. This does not run on the Mojave update but is High Sierra. This indicates that the launch of the updated MacBook Pro will be ahead of the public release of Mojave that is expected in September.

It is not a long wait so we will be having a lot more updates on this before it actually releases. Not only getting updates but having the latest device to get all the latest updates is also very important. If you are someone who always wants the latest technology in hand then it is difficult for you to keep changing devices every time there is a new one in the market, instead, the best option is to opt for refurbished devices. The only best place to find good quality refurbished electronic gadgets is budli.in. Budli is an online store for refurbished devices and has maintained a brand for the quality of goods being sold for years. Budli has a wide range of gadgets to choose from according to one’s choice. The products on budli.in are priced much lower than others, thereby giving you the best deal possible. Hurry and shop from budli.in today!