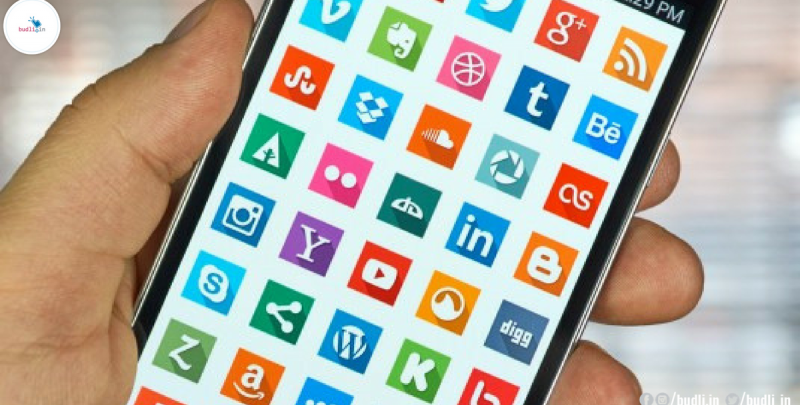 There are about 2 million apps in Apple’s app store and Android’s Google Play store, and many apps are being developed and released eternally. If you want to try every single app and then conclude on the best, it would definitely take you a very long time. So, here I am to tell you about the 10 best apps which render you the best experience. Without quality apps, that $999 iPhone X you just bought is as good as a fancy paperweight.

Google Assistant is one of the most powerful Android apps and it works on most of the Android devices. You simply need to download the app and then enable it. After that, you have the freedom to ask it whatever you feel like. It is pretty useful as it supports a variety of commands. You can control lights, ask about weather and pollution, you can make calls by simply asking it to make a call to a particular person and it can even do simple math problems for you. The number of things which you can ask it to perform is endless. There are a variety of products like Google, Bose QC II Bluetooth headphones, Home and Chromecast that extend the functionality even further.

A VPN, or Virtual Private Network, is a secure tunnel between two or more devices. VPNs are used to protect private web traffic from snooping, interference, and censorship. ExpressVPN acts as a proxy, which allows you to browse anonymously from wherever you want. ExpressVPN hides your IP and location and uses a strong 256-bit encryption to protect your data from prying eyes. You can browse freely from Wi-Fi hotspots with the comfort that you can’t be tracked or monitored.

Google drive is an app which allows users to store files in the cloud, synchronize files across devices, and share files. It offers apps with offline capabilities for Windows and macOS devices, and Android and iOS smartphones and tablets. Google Drive has a hold on Google Docs, Sheets and Slides, an office suite that permits collaborative editing of documents, spreadsheets, presentations, drawings, forms, and more. Files created and edited through the office suite are saved in Google Drive. It offers users 15 gigabytes of free storage and can be extended by purchasing plans.

Google Maps is a web mapping service which offers a wide range of options like satellite imagery, street maps, 360° panoramic views of streets, real-time traffic conditions, and route planning for traveling by foot, car, bicycle, or public transportation. It is by far the best navigation app developed till date.

LastPass is a must have security app that stores encrypted passwords in private accounts. LastPass has a web interface but also includes a ton of plugins for web browsers and apps for many smartphones. LastPass has form filler that automatically enters the passwords and fills the form, and it supports password generation, site sharing and site logging, and two-factor authentication. LastPass supports two-factor authentication.

The people who enjoy podcasts probably know the best app for it is pocket cast. It is extremely stable and well-built app which can download and stream podcasts for your podcasts. It has many other features to customize as well.

Clips is Apple’s own video editing app for iOS which is one of the best, allowing you to pan, zoom, add stickers, and translate speech to on-screen text. It is great for iPhone X as users can also create “Selfie Scenes” that swap the background with a canned image in front-facing camera videos. It also has artistic filters and new stickers as well.

Clip Studio Paint EX is the pioneer in the iPad version of the dominant comics-creation app, and although its menus make it look like PC software—they’ve stuffed it with features, from sketching tools to word-balloon options to animation capabilities. It has a trial period after which it costs $9 a month, but it offers a ton of options for those 9 bucks.

Ikea Place is an app which solves the age-old problem of figuring out what a piece of furniture would look like in your house. This app is very easy to use, you just pick an item from Ikea’s catalog, and the app will map it onto 3D space as you point your device camera around. Although several other furniture apps are capable of doing this, Ikea gets credit as it is the first and helping the customers find the perfect piece of furniture without wandering around the stores.

We all know how heavy the health insurance bills are, to reduce the burden, we have with us the Better app. You just need to take a photo of your bill, and Better will work on getting you paid back. The company says it’s ideal for out-of-network services including therapy, optometry, and dental care. Better takes a 10% cut, which is relatively a fair deal, considering how much time health care bureaucracy can chew up.

Want to enjoy these amazing apps the way they are actually supposed to be enjoyed? Then upgrade your device now! Don’t worry about the huge expenditure. We have the best possible offers for you to grab on to. Visit budli.in and check out our amazing inventory of latest smartphones and grab the one that you love. Budli has a massive collection of refurbished smartphones with attractive discounts. So hurry, get your hands on a new smartphone at budli.in.